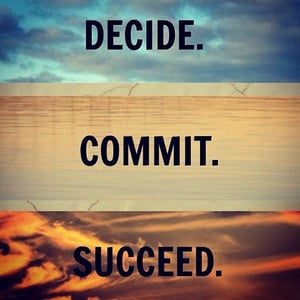 Fall semester of senior year can be nerve-wracking while you’re working on all your college applications and making sure you get them in on time. What’s more, you want to make sure you’re doing everything you can to get into your top-choice colleges. To help keep you on track, we’ve written descriptions of the most common types of application deadlines and what they entail. Look here to learn how to build your  application list.

If you still need to take the SAT or ACT during your senior year then any early decision application might not be for you. See this about whether or not you should take the test again.

Almost all colleges have a regular decision deadline, which is usually between December and January. You’ll usually get an answer starting in February or March, but definitely no later than April. Regular decision is non-binding and non-exclusive, so as long as you haven’t gotten into a college Early Decision, you can send out as many Regular Decision applications as you want.

Rolling Admissions will buy you some additional time. You may want to think about  superscoring your SAT & ACT scores during that time. Learn about superscoring here.

Running Out of Time? Download our 1 Month Prep Calendars.

While the table above represents the dates for application deadlines, some universities require receiving test scores at different time. The table below indicates the latest test dates a student can take the SAT and ACT in order to apply early decision/early action for a particular universities.

Below is a table showing the last SAT and ACT test dates a student can take in order to apply on time for Regular Decision applications at particular schools.

Having a solid understanding of the different types of application deadlines is important for planning out your college application process, and it keeps you on track during your fall semester.

Get Additional Help With an Expert For Free