Which is Easier : The SAT or ACT? 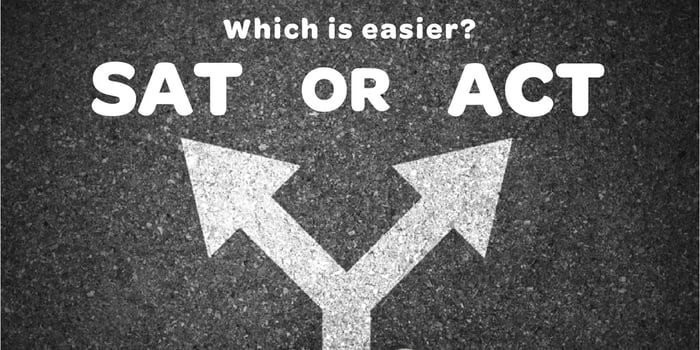 College prep season is upon you, and you’re working extra hard to keep up your GPA, participate in extracurricular activities, and write strong college essays. Of course there’s also the dreaded college admissions standardized test. With everything else you have going on, you probably want to take whichever test is easier, right?

We hate to break it to you, but one isn’t easier than the other. They’re equal in difficulty. In addition to being at the same level of difficulty, they are also judged equally by colleges. The content they test is also similar. Below is a table showing the similarities and differences between the tests, and each tested section.

Table: Breakdown of the Sections of the SAT and ACT

Which test should I take?

The good news is that since the tests are so similar in terms of level of difficulty, content tested, and judgment by colleges, you really can’t go wrong with either.

If we needed to pick out a few, the biggest differences between the two tests are the scoring systems, the time allotted per question, and the ACT has a Science section that the SAT does not. See below for more information on these differences. This means if you really want to choose one or the other you will want to consider these differences and see which best suits you. Keep in mind we really do recommend trying both tests, because despite these differences they are very still very similar.

Try this 5-minute survey to find out which test is best for you.

Because the tests are scored differently, one may end up working out better than the other for a particular student. The SAT is a total composite score of all of the sections out of 1600. The ACT is an average composite score between 1-36. Therefore, with averages versus totals a student could benefit more from one or the other depending on their strengths and weaknesses.

As seen in the table above, the ACT gives less time per question than the SAT does. This means that if you struggle with answering questions quickly then the SAT could benefit you more. However, most of the sections in the ACT have shorter overall time allotments. So if you struggle with longer concentration, or get fatigued by longer sections then the ACT may be better for you.

The Science Section of the ACT

The science section of the ACT is not optional. If Science was a struggle of yours during high school then you might want to avoid the ACT. However, the questions in the Science section deal more with reading, data analysis, and science terminology. You should not expect any science math problems. Keep this in mind when deciding which test to take, because if the ACT is generally more for you, you might have nothing to worry about with the Science section.

You can learn more about the Science section here.

I really don’t want to waste my time and/or money on two tests.

We understand. So if you really need to choose one or the other and you’re feeling stuck, we’ve created a survey that can help you out. In less than 5 minutes, you should have a better idea of which route you want to pursue. Answer these questions as honestly as possible—after all, they’re designed to help you.

Whether you choose to take the SAT, the ACT, or both, be sure to check out TestRocker as you prepare. When you use TestRocker’s unique and innovative test prep methods, it should be smooth sailing when you take the test.

Find out which test you should take.

Any additional Questions? Write it in a comment below and we'll get back to you. 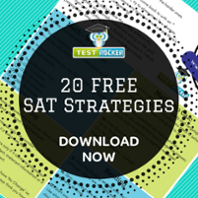 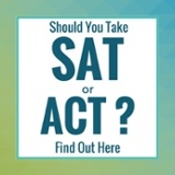 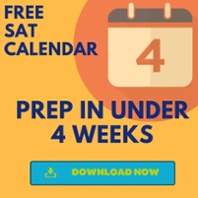